Text Link
Text LinkText Link
Thank you! Your submission has been received!
Oops! Something went wrong while submitting the form.

This is an h2 heading inside rich text

How to customize formatting for each rich text

Headings, paragraphs, blockquotes, figures, images, and figure captions can all be styled after a class is added to the rich text element using the "When inside of" nested selector system.

Reimagining the Purpose of the Health System Employed Medical Group 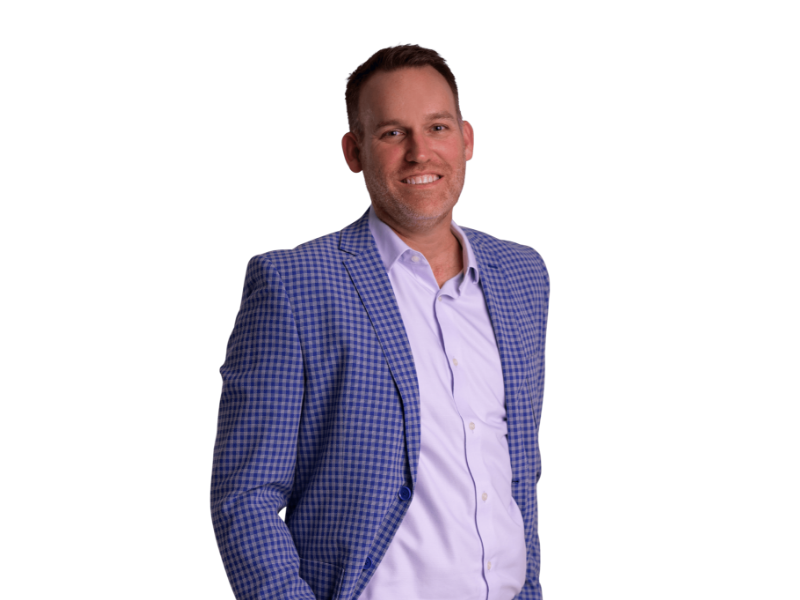 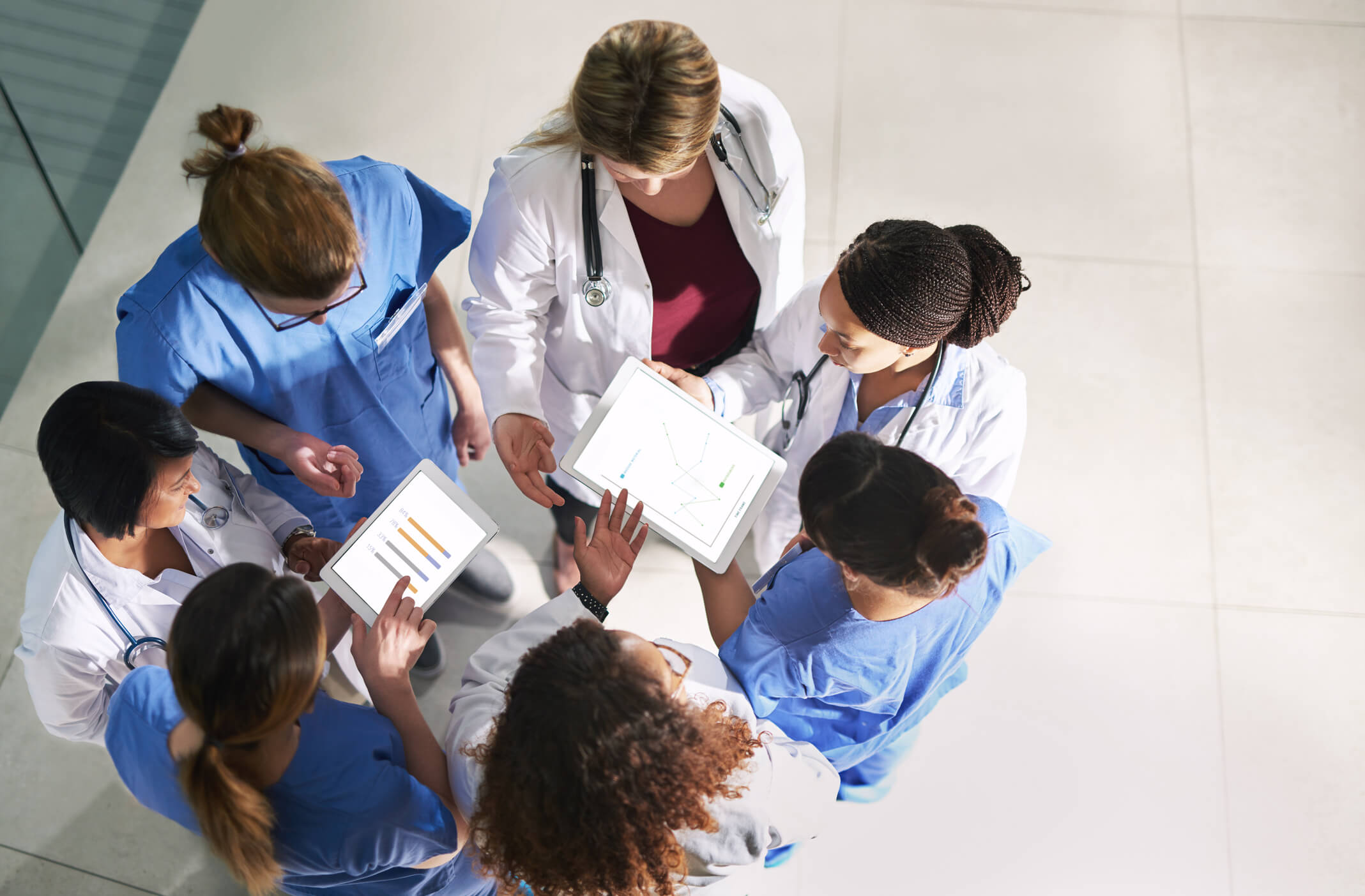 The year is 1998, the physician practice management (PPM) industry wild ride was coming to an end. The company I worked for, Team Health, was owned by MedPartners but was soon thereafter sold to a group of private equity companies. Around the same time, Phycor, a large PPM company, collapsed. Hospitals, in particular, were facing detrimental losses on their employed medical groups and were deciding to get out of the physician employment business altogether.

Not everyone got out, though, and the early to mid-2000s ushered in the employed medical group rescue era. During that time, I was with Southwind Health Partners. We basically took the lessons learned from the 90s to help health systems turn their employed medical groups around. We were at the forefront of establishing now common practice management principles: a physician-led, professionally managed organizational structure, a common EMR platform, a net income physician compensation model, single-source-of-truth reporting, and so on.

After a decade of work stabilizing the health system employed medical group infrastructure, physician employment, both through recruitment and acquisition, was on the rise again. Although many of the core principles of the turnaround era stuck throughout the last ten years, health systems have begun to lose their way (again) in two major areas: the purpose of the employed medical group (the why) and how to financially align physicians with the why.

What is the stated vision and purpose of the employed medical group, and are the physicians and employees aligned with this vision?

In too many cases, the underlying purpose of an employed physician enterprise is to maintain or grow market share with the specific intent to feed the hospital. Granted, this why isn’t what appears on these medical group’s websites, nor is it evident in any contractual relationship with the physicians themselves (that would be illegal). However, it’s the silent motivation.

In reality, this type of thinking leads health systems to accept poor financial performance from the employed medical group, which on average “loses” around $200K per physician, based on our experience. Common terminology within health systems is to call these losses “investments,” which imply a return on investment based on the downstream contribution margin.

Why Current Investments are Unsustainable

As we mentioned, during the turnaround era, physicians were often paid on a net income model. This made sense for two reasons. Most obviously, the health systems needed to stop the bleed. So, they capped their “investment” on a fixed basis or a percent of professional fee collections.

The second reason is data and reporting transparency with physicians. The physicians have a profound effect on the economics of the practice, especially on the front and middle of the revenue cycle process. When these two areas don’t operate as a well-oiled machine, the health system has to invest in the back end, which is not only inefficient and expensive but can also be frustrating for patients.

Net income compensation models can be difficult to manage for several reasons, including revenue cycle performance, payer mix variation, and complexities with expense allocations. Administrators became understandably tired of arguing over these items. So, health systems predominately migrated to a compensation per work relative value unit (wRVU) model, which can seem like an easy solution because it creates less ambiguity around fair market value (FMV), and there are fewer moving parts than a net income model. wRVUs rarely change, they’re tied to the Medicare physician fee schedule, and they don’t discriminate based on the payer.

Prior to COVID-19, the financial pressures on health system employed medical groups were rising, partly due to the compensation model. Compensation data in the industry surveys were going up while revenue was flat or declining. This disconnect between the compensation method and reality was growing, not just because of the disconnect between the conversion factor and the survey data but also because of revenue cycle and calculation issues.

For example, in many cases, physicians are paid for wRVUs that may get denied, or wRVUs are not adjusted properly for modifiers, which may reduce the reimbursement amount. To make matters worse, many health systems stopped sharing information with physicians, so now they only really see a small piece of the puzzle, like wRVUs, rather than the economic drivers of the practice.

You get the picture of what was driving unsustainable economics for employed medical groups prior to COVID-19. Now throw the following into the melting pot:

To start reimagining the employed medical group, health system and medical group management teams should come together and answer the following questions:

If you would like to discuss in more detail rethinking the health system employed medical group, contact us at:‍ 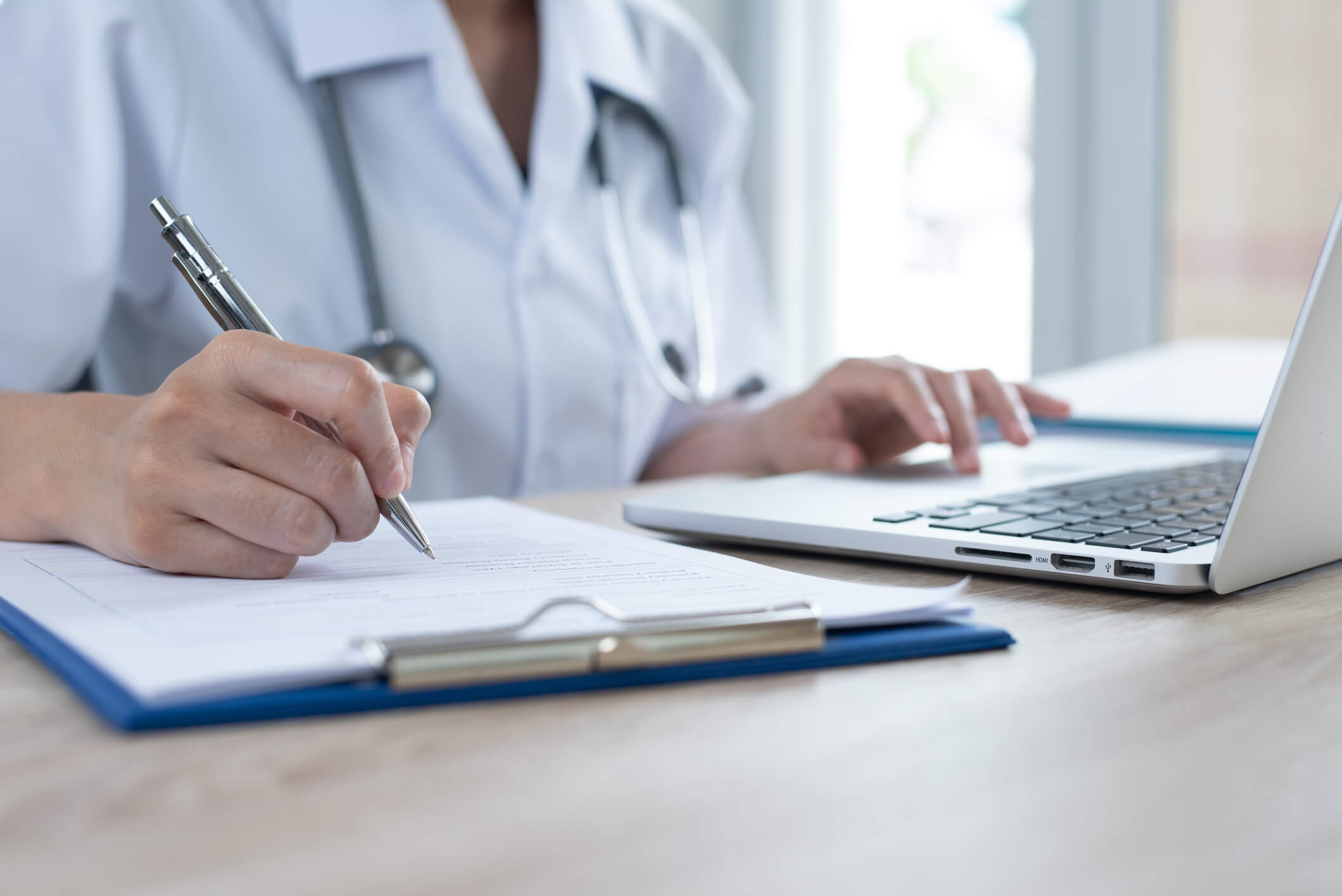 The Future of Telemedicine

Reimagining the Purpose of the Health System Employed Medical Group 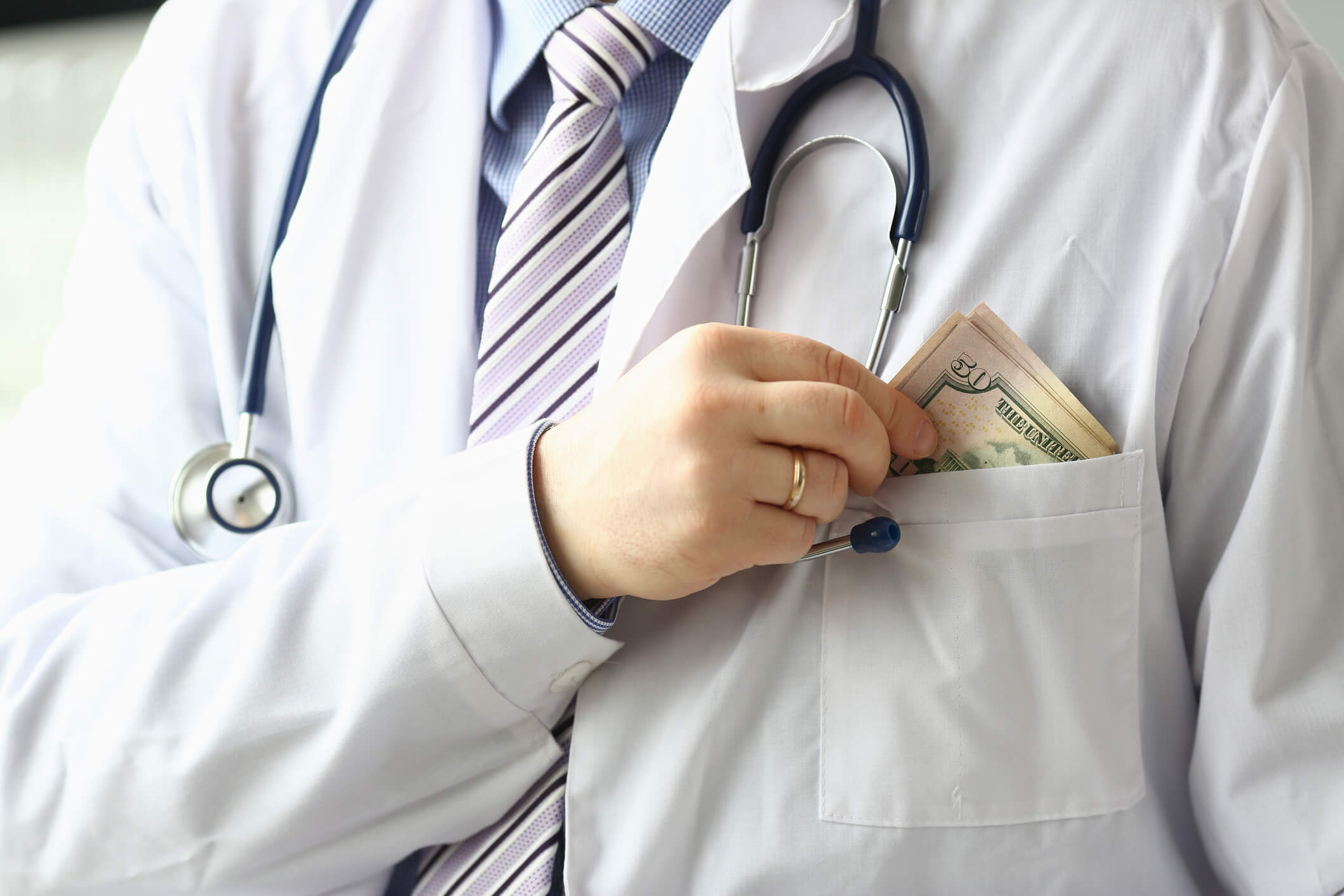 Physician Compensation: Sorry, there is no Magic Formula

7 Steps to Unlock the Value of Your Medical Group

What is Fair Market Reimbursement? 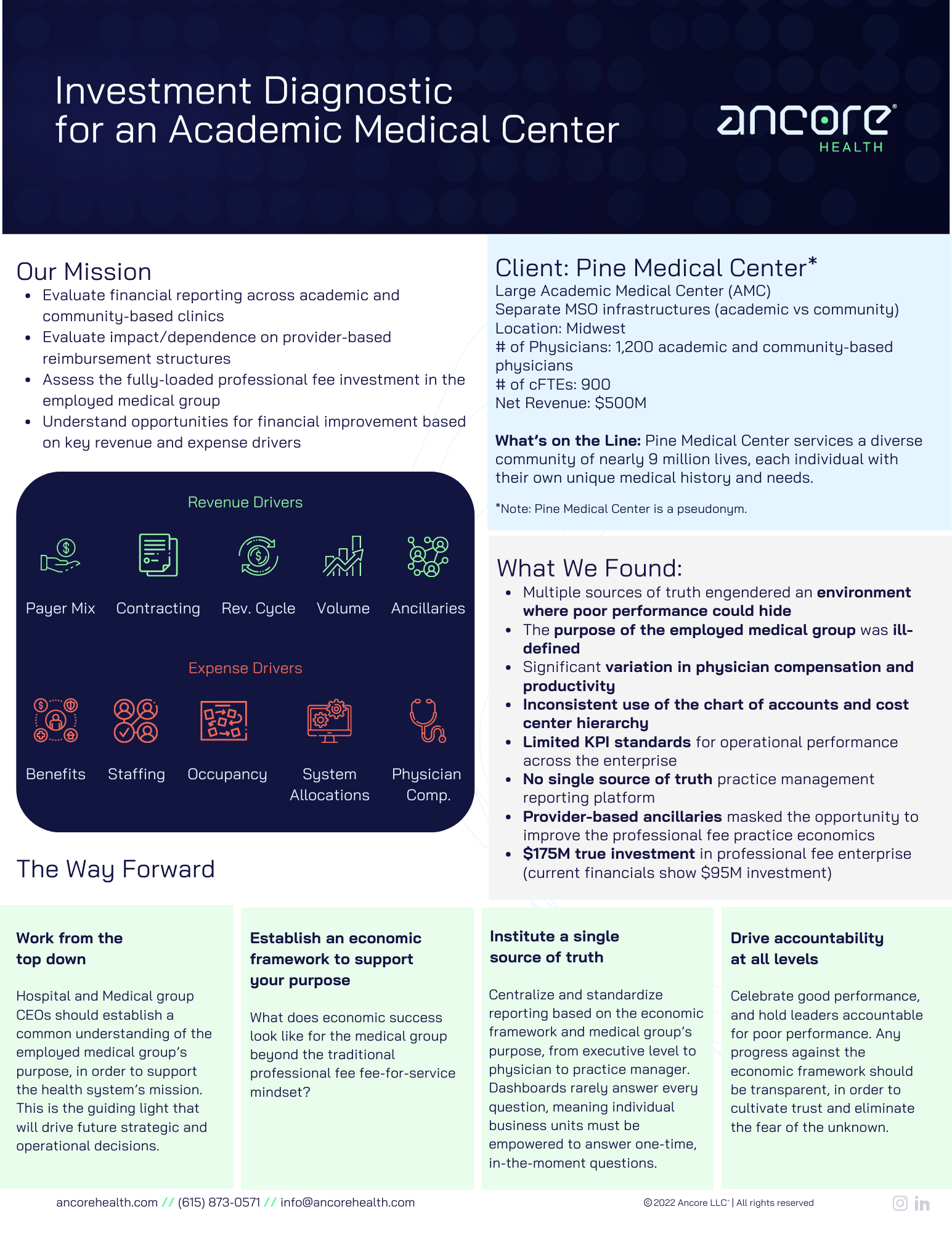 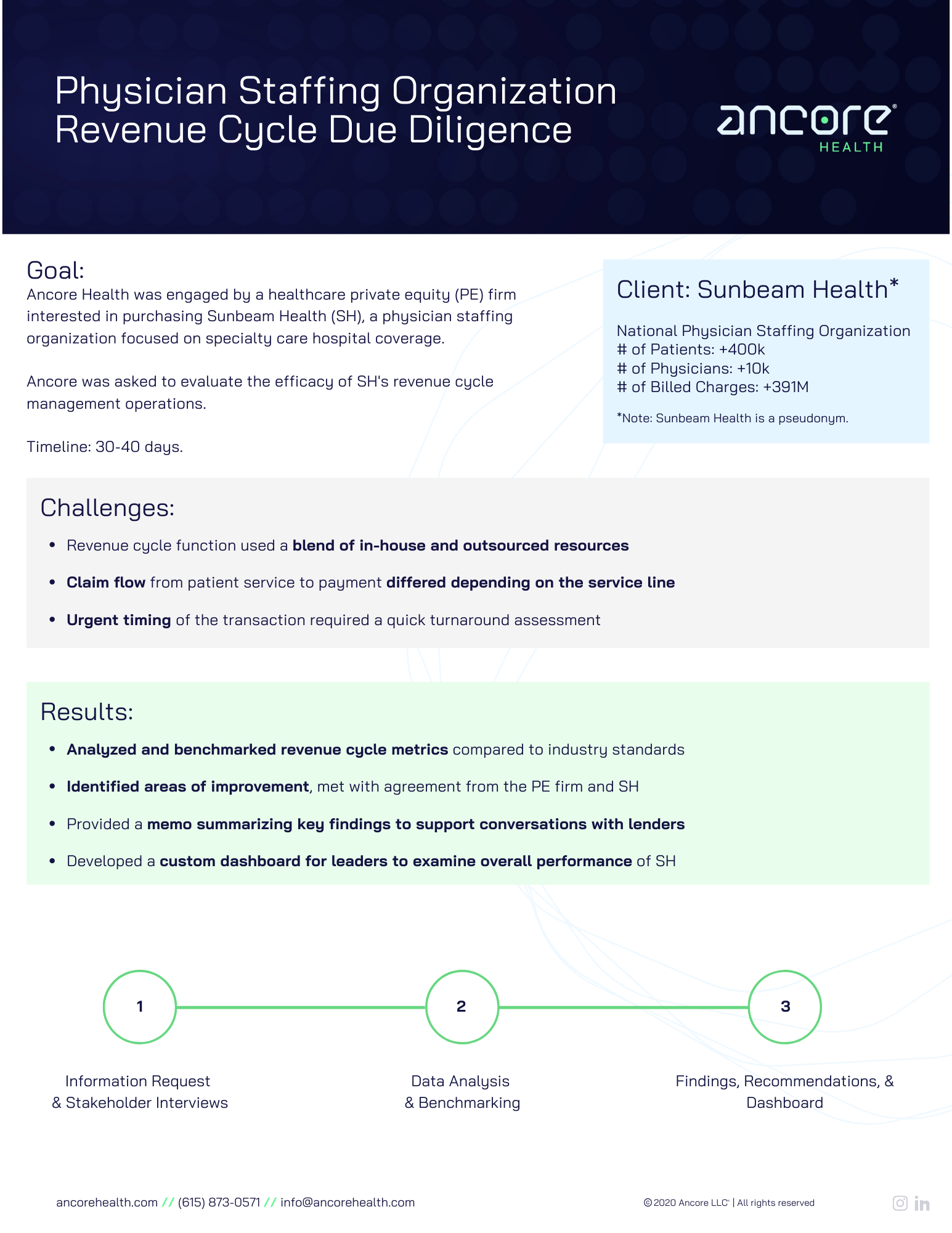 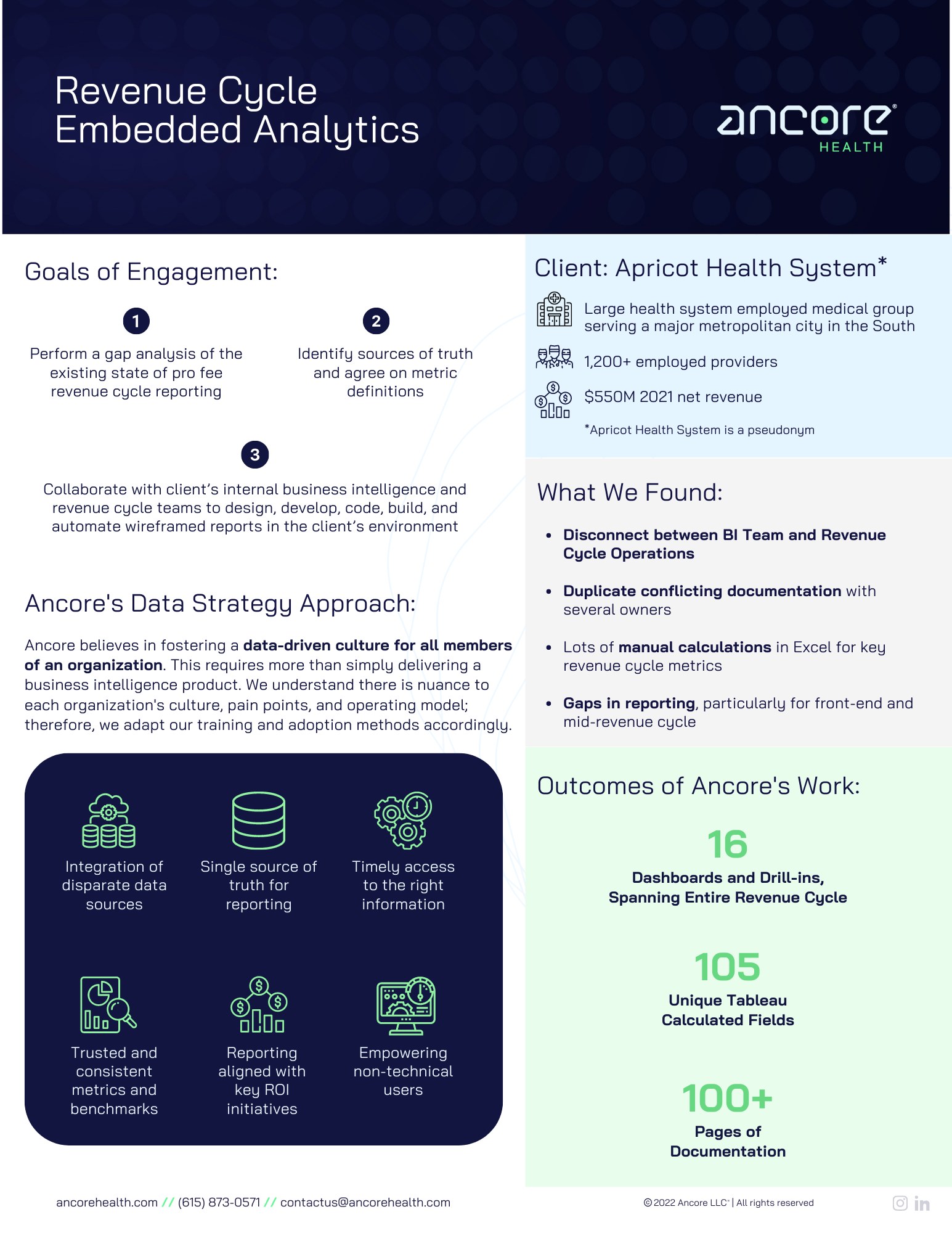 Curious how we'll get to the core of the issue? Get in touch to start your journey to clarity today.

Please fill out this form to view and download our case studies. If you want to know more about how Ancore Health can assist you, contact us.

Thank you! Your submission has been received!

Oops! Something went wrong while submitting the form.